View page
US Patent:
6317774, Nov 13, 2001
Filed:
Jan 9, 1997
Appl. No.:
8/781106
Inventors:
Michael B. Jones - Redmond WA
Richard P. Draves - Seattle WA
Daniela Rosu - Atlanta GA
Assignee:
Microsoft Corporation - Redmond WA
International Classification:
G06F 900
G06F 15173
US Classification:
709107
Abstract:
The present invention provides predictable scheduling of programs using a repeating precomputed schedule. In a preferred embodiment, a scheduler accesses an activity scheduling graph. The activity scheduling graph is comprised of nodes each representing a recurring execution interval, and has one root, one or more leaves, and at least one path from the root to each leaf. Each node is on at least one path from the root to a leaf, and the number of times the execution interval represented by each node occurs during the traversal of the graph is equal to the number of paths from the root to a leaf that the node is on. Each node has associated with it an execution interval length, and is adapted to being dedicated to executing the threads of a single activity. The scheduler first selects a current node within the accessed scheduling graph. When the processor becomes available to execute threads, the scheduler advances from the current node to a new current node in accordance with a root-to-leaf traversal of the scheduling graph.

View page
US Patent:
6282561, Aug 28, 2001
Filed:
Dec 7, 1995
Appl. No.:
8/568578
Inventors:
Michael B. Jones - Redmond WA
Paul J. Leach - Seattle WA
Richard P. Draves - Seattle WA
Joseph S. Barrera - Belmont CA
Assignee:
Microsoft Corporation - Redmond WA
International Classification:
G06F 900
US Classification:
709104
Abstract:
A resource management mechanism is provided to ensure that real-time application programs running on a single machine or set of machines exhibit predictable behavior. The resource management mechanism employs the abstraction of an activity which serves as the basis for granting resource reservations and for accounting. An activity submits a request for resources in specified amounts to a resource planner. The activity is resource self-aware so that it is aware of its resource requirements. The activity may query resource providers to obtain resource requirements for particular operations. The resource planner determines whether the activity should be granted the requested reservation by employing an internal policy. Policy is separated by mechanism so that the resource planner may implement any of a number of policies. The resource planner may choose to grant the reservation to an activity or deny the request by an activity.

View page
US Patent:
5873124, Feb 16, 1999
Filed:
Feb 6, 1997
Appl. No.:
8/796409
Inventors:
Richard P. Draves - Seattle WA
Assignee:
Microsoft Corporation - Redmond WA
International Classification:
G06F 1210
US Classification:
711202
Abstract:
A computer system includes physical memory, a virtual memory system, and a protected operating system kernel. The kernel has kernel functions that accept and use virtual memory addresses from user processes. When an invalid virtual memory address is used by a kernel function, the memory address is automatically mapped to a scratch location in physical memory, so that the kernel function accesses the scratch location rather than generating an exception. 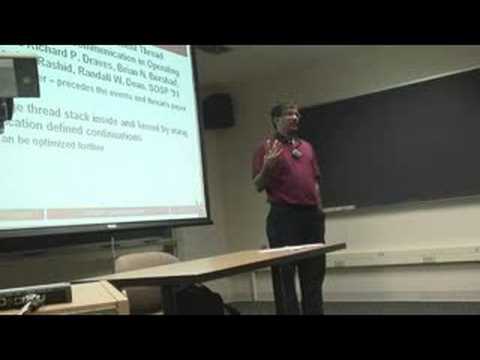 Using Continuations to Implement Thread Management and Communication i... 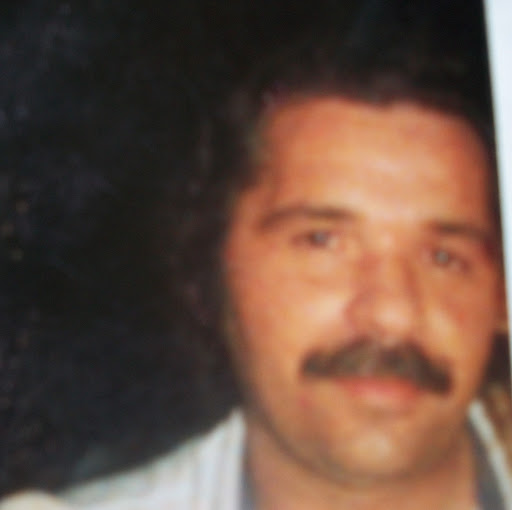